UGL’s ongoing promotion of mental health supports a culture of respect and inclusivity, where everyone feels comfortable to speak openly about their mental health.

Since the NCIG team lost one of their own to suicide, they’ve held an annual initiative to raise awareness for mental health and wellbeing. Each year the funds raised are donated to a different mental health charity.

Both Kooragang teams recently organised ‘conversation starter Hawaiian PPE work shirts.’ These loud and vibrant hi-reflective shirts aim to act as a catalyst for starting a conversation around mental health and contribute to reducing the rate of male suicide in Australia.

The team also held a BBQ for the site which raised more than A$3500 for Lifeline. The Kooragang Island team aim to wear these shirts every Friday as a reminder to ‘look after your wellbeing and your workmates.’ 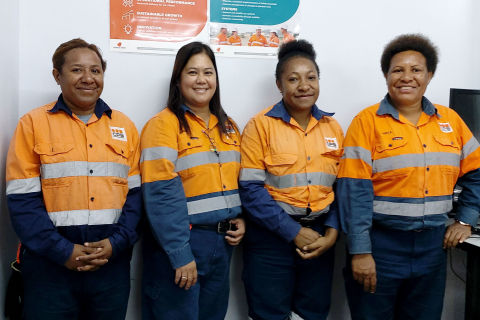